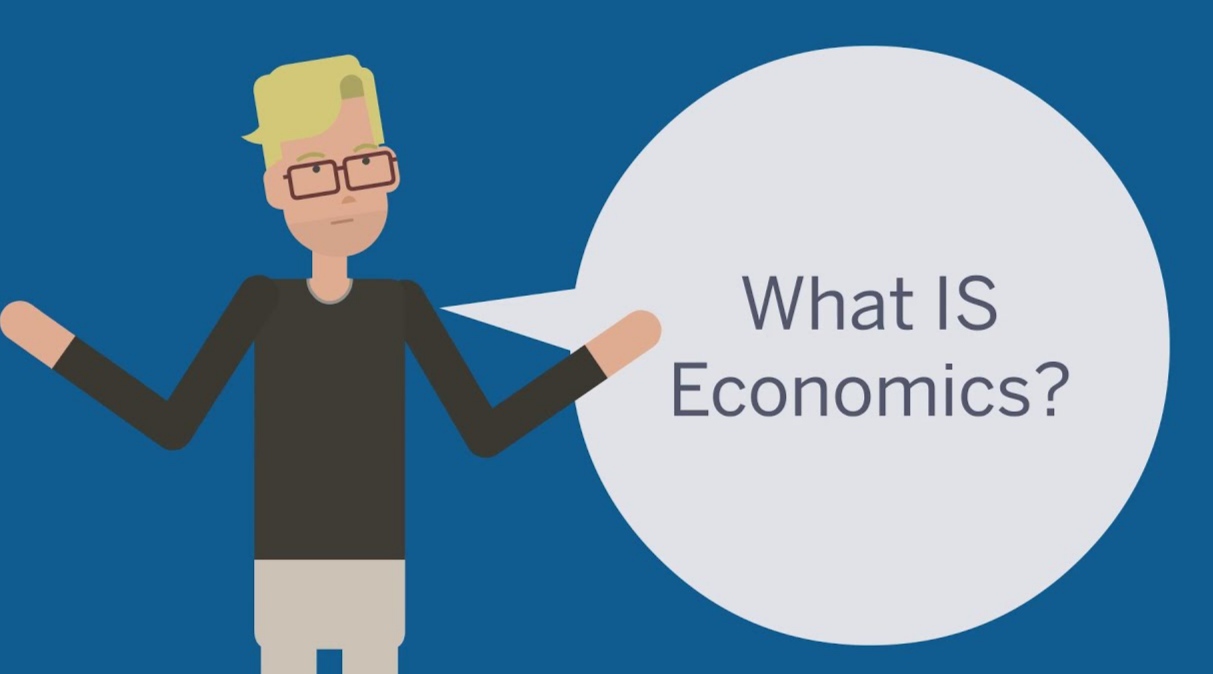 b) Central problems of an economy. Production possibility curve and opportunity cost.{alertSuccess}

1.What is Micro Economics:-

The word micro is derived from a Greek word "Mikros" which means samll. In the context of economics Micro-economics mean the study of individual units of economy. Microeconomies includes the study of demand theory, price determination and factor pricing.It is also called price theory.

2. Central problems of an Economy.

Meaning of economic problem:- Human wants are unlimited but means to satisfy these wants are limited. These resources can also be put to alternative uses Therefore satisfaction of unlimited wants with limited means creates the problem of choice. Hence we can say economic problem is essentially a problem, of choice.

Causes of Economic Problem:- Economic problem arise due to the followinge Rasons.

1.Unlimited wants:- Human wants are unlimited. Because no man can satisfy all his wants. Also, wants of all human beings increase day by day. Moreover when we satisfy a human want, after some time it comes up again

2. Means are limited:- Most of the goods and services satisfying human wants are limited or scarce. Scarcity refers to that situation in which the demand is their supply. It is also a cause of economic problem.

4. Wants vary in priorities:- all wants not equally important, some wants are more important and some are less important. So a man has to satisfy his wants in priorities.

1. Allocation of Resources:- It is the basic problem related to use of resources for the production of different goods and services. It has three aspects which are as under:

a) What to produces- To satisfy unlimited wants with the help of limited resources very economy has to decide what goods and services should be produced. It is undoubtedly a basic problem because if we want to produce more of one commodity we have to produce less of another commodity.

2. Fuller utilization of Resources:-This refers to the problem of use of resources. Since the resources are limited they should be fully utilized so that maximum production should be made possible without loss of resources If resources remain idle or underutilized economic development will suffer.

PPC is further explained with the help of following table and diagram.Here for the sake of simplicity we assume that only two goods wheat and cloth are produced with given resources and technique of production. 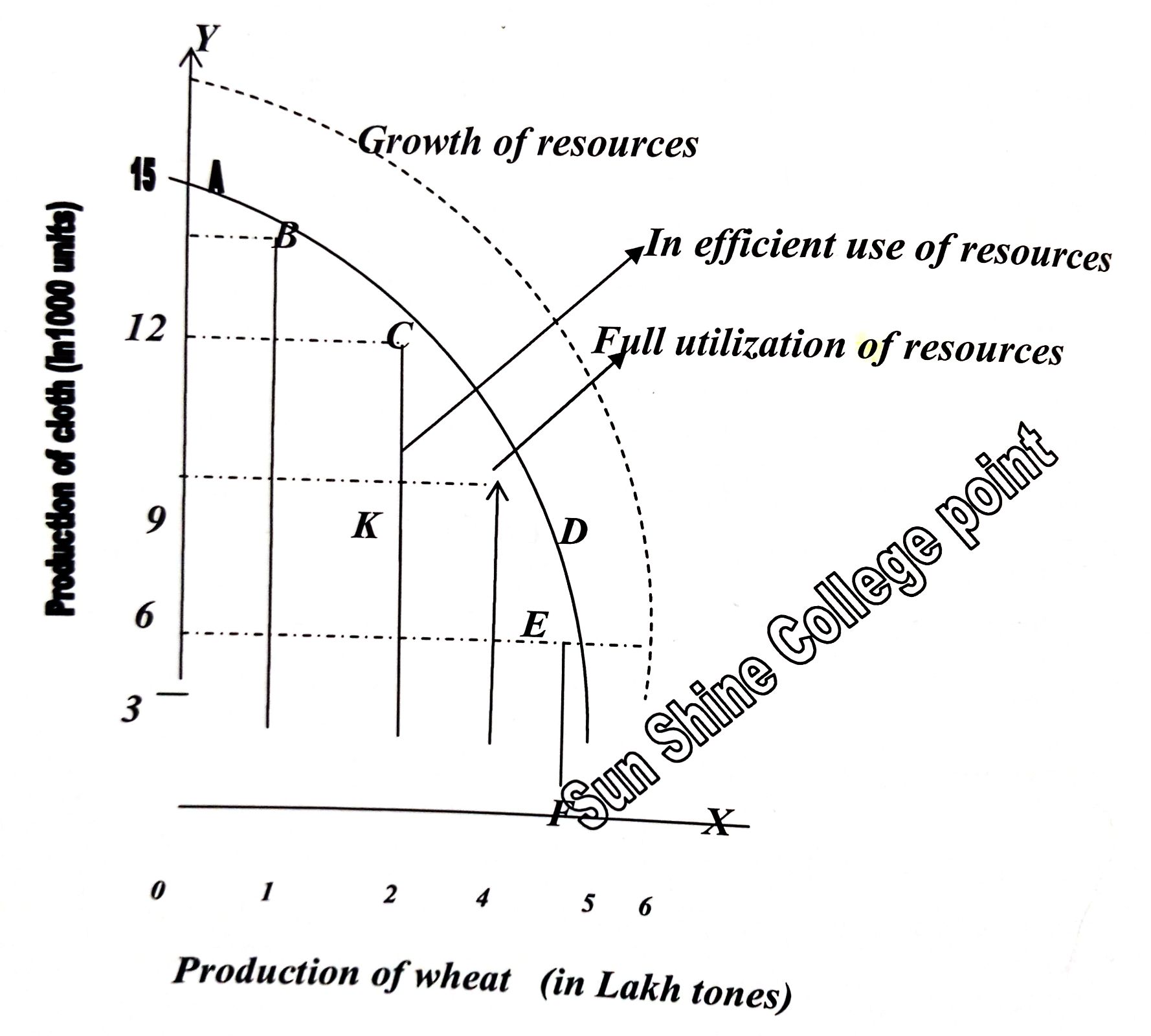 From the above schedule and diagram it is clear that with given resources and technique of production, there are various production possibilities such as A,B,C,D and F. By joining all such points we get a curve known as PPC.
Every point on PPC shows fuller utilization of resources. Any point which is inside the PPC such as K shows inefficient utilization or under utilization on of resources. If PPC shifts to right as shown by dotted lines in the diagram, it implies the process of growth of resources.

Opportunity Cost is The Cost of next best alternative use forgone. It is also Known as Alternative Cost.