We fixed some issues to boost the overall user experience. Report Bugs!
Verify that You are not a Robot
Are you a Robot?
Generating Link... Please Wait
I am not a Robot
Home
Indian General Knowledge
Quiz Answer Keys 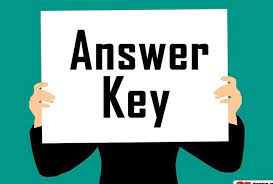 Below are some basic and important general knowledge questions which were asked in Quiz Competition held on 21 June 2021 by Zasp4you.in.

1. Hitler party which came into power in 1933 is known as

DESCRIPTION: Fa-Hien is a Foreign Envoy who visited India at the time of Chandragupta II, known as Vikramaditya. He was a Chinese pilgrim. Fa-Hien was the first Chinese pilgrim to visit India.

3. For galvanizing iron which of the following metals is used?

DESCRIPTION: Zinc is a chemical element with the symbol Zn and atomic number 30. Zinc is a slightly brittle metal at room temperature and has a silvery-greyish appearance when oxidation is removed. It is the first element in group 12 of the periodic table.

DESCRIPTION: In economics, goods are items that satisfy human wants and provide utility, for example, to a consumer making a purchase of a satisfying product. A common distinction is made between goods which are transferable, and services, which are not transferable.

DESCRIPTION: An alum is a type of chemical compound, usually a hydrated double sulfate salt of aluminium with the general formula XAl ₂·12H ₂O, where X is a monovalent cation such as potassium or ammonium. By itself, "alum" often refers to potassium alum, with the formula KAl ₂·12H ₂O

DESCRIPTION: Abul-Qâsem Ferdowsi Tusi, also Firdawsi, or just Ferdowsi was a Persian poet and the author of Shahnameh, which is one of the world's longest epic poems created by a single poet, and the national epic of Greater Iran.

DESCRIPTION: The Golden Temple is a gurdwara located in the city of Amritsar, Punjab, India. It is the preeminent spiritual site of Sikhism. The gurdwara is built around a man-made pool that was completed by the fourth Sikh Guru, Guru Ram Das, in 1577

DESCRIPTION: Ecology is the study of the relationships between living organisms, including humans, and their physical environment. Ecology considers organisms at the individual, population, community, ecosystems, and biosphere level.

9. First China War was fought between

DESCRIPTION: The First Opium War, also known as the Opium War or the Anglo-Chinese War, was a series of military engagements fought between Britain and the Qing dynasty of China.

10. Each year World Red Cross and Red Crescent Day is celebrated on