Political awakening in Kashmir and 1931 uprising • In 1865, the shawl workers strike marked the beginning of workers uprising in Kashmir. 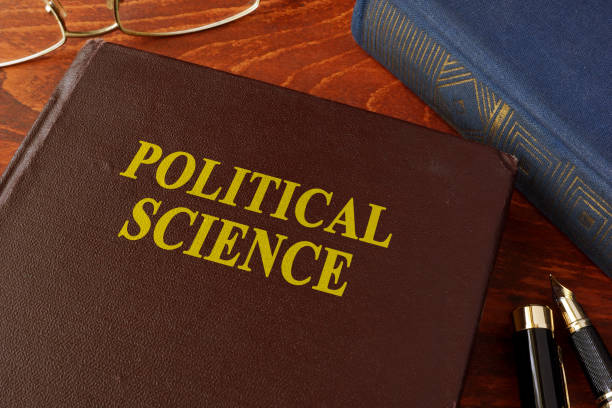 Political awakening in Kashmir and 1931 uprising

• In 1865, the shawl workers strike marked the beginning of workers uprising in Kashmir.

• Sheikh Abdullah believed that Reading Room was only a pretext while the main aim and agenda was to launch a political movement against autocratic rule.

• Window was opened to the world so that it could see the worse conditions of people living in Kashmir.

• In the month of July, 1931 a good number of public meetings were held and were addressed by Sheikh Mohammad Abdullah, Ghulam Nabi Gilkar and Moulvi Abdul Rahim and the meetings were followed by slogans like ‘sur faroshi ki tamana ab hamarae dil mai’

• Abdul Qadeer became a revolutionary figure in uprising. His arrest and demanded shifting of venue of trail caused serious anger among youth who assembled outside the central jail and shouted slogans like Allahu Akber and consequently it turned into violent event in which seventeen Muslims were killed while forty got injured, five of whom died later on 13 July, 1931.

• This led the beginning of mass uprising.

• Mr. Wakefield was the Prime Minister of Kashmir.

• The martyrs were kept in the Jamia Masjid for the whole night attended by Sheikh Mohammad Abdullah.

Formation and Ideology of Muslim Conference

• According to Maulana Mohammad Sayed Masoodi, the decision to form a party and name it Muskim Conference was taken in the Central Jail, Srinagar.
• The inaugural session was held from 14th to 16th of October, 1932 in the historic Pather Masjid, Srinagr under the presiden-ship of Sheikh Mohammad Abdullah.
• The Muslim Conference drafted its constitution and also adopted a party flag which consisted of green cloth crescent and star. The session was attended by three lakh men, women and children.
• Right from its inception the programme of the Muslim Conference was secular and progressive. True, the leaders of Muslim Conference came forward in the Muslim name but their programme and manifesto was as broad as that of any progressive political Party of India. They fought against exploitation, regardless of the religion of the exploiter.
• The secular nature of Muslim Conference, repeated requests of Muslim Conference leaders to their Hindu brethren for their cooperation and the rise of secular minded non-Muslim leaders like Pandit Prem Nath Bazaz and Sardar Budh Singh.
• The party in its various resolutions demanded freedom of press. Repeal of section 108-C, criminal procedure code, and withdrawal of restrictions on change of religion.
• It demanded wider franchise, larger powers to assembly, opening of industries and so on.

Emergence and Ideology of National Conference

• A historic meeting between P.N.Bazaz and S.M.Abdullah took place in July, 1932 at Chashma Shahi Garden wherein a decision for the secularization of State politics was taken.
• It was in 1934 that the Maharaja granted a constitution providing a Legislative Assembly for the people. High hopes were raised with the introduction of the reform but the reality soon dawned upon the people that the Assembly was powerless. Nevertheless, it served a good purpose in that the elected representatives of Muslims and Hindus were brought together on the floor of the house where they began to understand and appreciate each other’s point of view.
• After the Sopore session (1934) which was the third annual session of Muslim Conference, S.M.Abdullah left for plains to renew contacts with the leaders of “political thought” over there.
• On 8th May, 1936, Muslim Conference observed a Responsible government Day throughout the length and breadth of the State. An appeal was made by S. M. Abdullah, President of the Conference to non-Muslims to participate in the functions celebrated in connection with the Responsible government Day.
• It was in the interest of Hindu-Muslim unity that the students of schools and colleges belonging to different communities orgnised Kashmir Students Union. The first annual session of this union was held on November 4, 1936.
• Later S. M. Abdullah spoke in favour of the conversion of Muslim Conference into National Conference which generated heated discussions and confrontations in the ranks of Muslim Conference leadership. The members who opposed the resolution and voted against it include Chaudri Ghulam Abbas Khan, Abdul Majid Qureshi, Shaikh Ahmad-ud-Din Banihali and some others.
• It would not be out of place to focus on some other incidents and reasons which directly or indirectly paved the way for the conversion of Muslim Conference into National Conference. After his arrest on August 29, 1938, S.M.Abdullah was lodged in Kuthwa Jail. It was during his imprisonment that he had a thorough study of Tarjaman-ul-Quran by Maulana Azad which influenced his mind and boosted his nationalistic tendencies
• on February 24, 1939, S.M.Abdullah reached Chattabal, Srinagar, wherefrom he was taken in a procession to Pather Masjid. There he delivered a forceful speech in favour of Hindu-Muslim unity and the need of a joint platform
• It was in March, 1939, that Indian National Congress called its annual session at Tripura. S.M. Abdulah had been specially invited to this session by the Congress President Rajandra Prasad.
• A Special Session of the All Jammu and Kashmir Muslim Conference was held at Srinagar on 10 and 11 of June, 1939 under the Presidentship of Khawaja Ghulam Muhammad Sadiq. Chairman of the Reception Committee Maulana Masoodi introduced the following resolution.
• The Special Session of the Jammu and Kashmir Muslim Conference approves the Working Committee resolution No. 5 of 24th of June, 1938, for the change of the name of the Conference and for bringing about the necessary amendments and changes in its constitution, which was confirmed by the General Council in its session, held on April 27, 1939. The Conference therefore, decides that it shall henceforth be named as All Jammu and Kashmir National Conference and every citizen of Jammu and Kashmir, whether male or female shall irrespective of his religion and race, be entitled to become the member of the Conference provided he undertakes in writing to strive for setting up of a responsible government and securance of individual liberties as his political goal.

Naya Kashmir Manifesto of 1934 and its Ideological Dimensions

• On July 31, 1944 when Maharaja Hari Singh was on a visit to Srinagar city, Sheikh Mohammad Abdullah, while welcoming him in front of Mujahid Manzil (Strugglers’ House) the NC Headquarters, presented him a copy of the proposed Constitution of the State titled Naya Kashmir.
• On 30 September 1944, Sheikh Abdullah as President of NC issued Political, Social and Economic Programme known as ‘New Kashmir Manifesto’ in an open session of national conference among hundreds of delegates and more than 150,000 people.
• The State would be an independent sovereign secular constitutional monarchy with His Highness the Maharaja Bahadur as the Ruler of the State. Following are features of Naya Kashmir Manifesto..
• The State would have a Council of Ministers answerable to a National Assembly of People’s Deputies who would be elected by universal franchise; every 40,000 people would constitute an electoral district and return one Deputy.
• The State would administer justice through an independent judiciary which would comprise of a High Court, District Courts and elected Village Panchayats.
• The State would guarantee, to every citizen, equality of rights irrespective of their religion, race, birth, or gender.
• The State would guarantee to every citizen freedom of conscience, worship, speech, assembly, education, property, work, rest, organization.
• Naya Kashmir was in effect a public announcement to the effect that Muslim majority of Kashmir State would have no truck with communal politics as enunciated in Two Nations Theory; nor would it be part of Pakistan.
• The original document of Naya Kashmir Manifesto declares the conversion of Jammu and Kashmir into an Independent State.
• The Manifesto has various dimensions like political, social, cultural and economic dimensions.

• Identical telegrams were sent by the Prime Minister of Kashmir to Dominions of India and Pakistan on August I2 1947. The text is as follows:
"Jammu and Kashmir Government would welcome Standstill Agreements with India (Pakistan) on all matters Ion which these exist at present moment with outgoing British India Government. It is suggested that existing arrangements should continue pending settlement of details.
• Reply from Government of Pakistan sent on August I5 1947. "Your telegram of the 12th. The Government of Pakistan agrees to have a Standstill Agreement and Kashmir for the continuance of the existing arrangements pending settlement of details and formal execution.
• Reply from Government of India: "Government of India would be glad if you or some other Minister duly authorised in this behalf could fly to Delhi for negotiating Standstill Agreement between Kashmir Government and India dominion. Early action desirable to maintain intact existing agreements and administrative arrangements."
• The representative of Kashmir did not visit Delhi and no Standstill Agreement was concluded between the State and the Dominion of India.
• Pakistan signed a standstill agreement with the ruler of the state of Jammu and Kashmir. India did not sign this instrument.
• Indian Independence Act, 1947, provides that as & on the fifteenth day of August, 1947, there shall be set up an independent Dominion known as India.
• India Independence Act provided sovereignty to princely states to decide about their future. Jammu and Kashmir too was a princely state.

• Among the States of the Indian Union, Jammu and Kashmir has the distinction of introducing land reform legislation of considerable magnitude.
• The 1944 New Kashmir Manifesto included the basic principles of land reforms such as the abolition of intermediary agencies of exploitation and landlordism, land-to the tiller programme and so on.
• Maharaja Hari Singh, instead of alleviating the sufferings of his subjects, placated and fostered the interest~ of his clan and a large body of courtiers through grants of big chunks of land as Jagirs.
• The various measures which the Government took from time to time may here be divided into two phases: (i) First phase of land reforms: 1950s; and (ii) Second phase of reforms: 1970s.
• One state which emerged as the leader in agrarian reforms was Jammu and Kashmir, led by Sheikh Abdullah
#Study Material For 3rd Year
Get The Latest Articles Every Day

Cookie Consent
We serve cookies on this site to analyze traffic, remember your preferences, and optimize your experience.
Read More