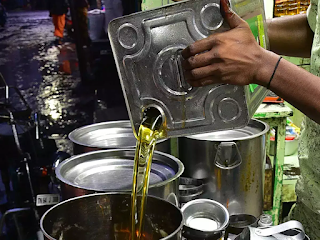 After petrol and diesel, the central government has now announced a reduction in the prices of sunflower, soybean and other oils.

After the BJP’s victory in just a few constituencies in the recent Lok Sabha and Assembly by-elections in various states of the country, the Narendra Modi government is focusing on public issues.

As part of this, two days ago, the central government announced a slight reduction in excise duty on petrol and diesel, and today announced a reduction in edible oil prices. Prices of sunflower, soybean and other oils are likely to fall by Rs 7-20 per liter.

After the above reduction, the total yield on crude palm oil is 7.5% and on crude soybean oil and crude sunflower oil it is 5%. Basic tariffs on RBD palm oil, refined soybeans and refined sunflower oil have been reduced from the current 32.5% to 17.5%.

Large edible oil traders, including Adani Wilmar and Richie Industries, have slashed wholesale prices by Rs 4-7 per liter. This discount has been reduced to relieve consumers during the festive season.

Despite rising commodity prices around the world, the central government is working with state governments and the government’s active efforts have led to a drop in edible oil prices.

Prices of edible oils are higher than a year ago, but have been on a downward trend since October. The government is taking steps to increase production of second-hand oils, especially rice bran oil, to reduce dependence on imports.