The site is under maintenance. Please bear with us. View Complete Changelogs here. View
Views
Home
General Knowledge
Which Questions

Which countries will be the world’s 10 most populous by 2100?

By 2100, India can surpass China as the world’s most populous country. 7th today, Nigeria could become the 3rd in terms of population in 80 years. 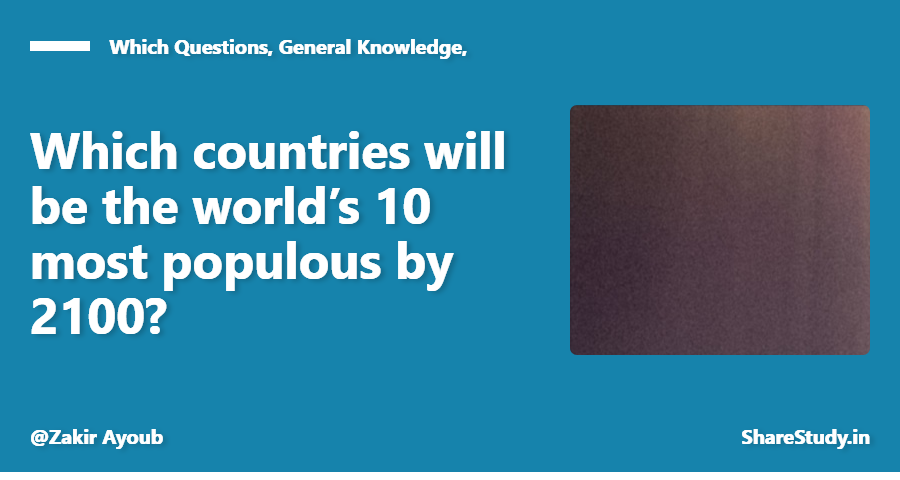 By 2100, India can surpass China as the world’s most populous country.

7th today, Nigeria could become the 3rd in terms of population in 80 years.

4 of the 10 most populous countries in the world of our times could no longer be among the top 10 in 2100 left behind by rapidly growing nations in Africa.

Bangladesh, Brazil, Mexico and Russia who are among the world’s 10 most populous countries today, are projected to be overtaken by the Democratic Republic of Congo, Ethiopia, Tanzania and Egypt – none of which are currently in the top 10.