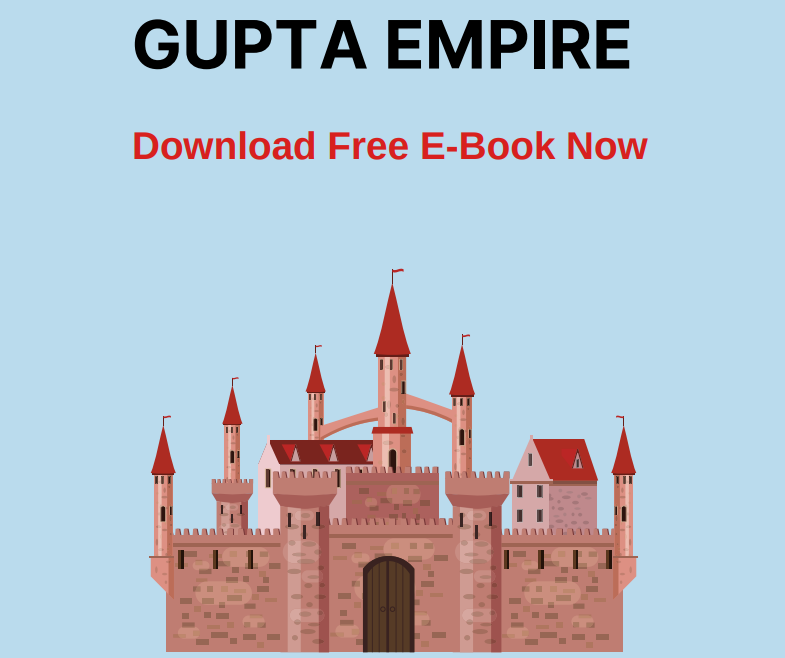 History plays a significant role in competitive exams like SSC CGL and SSC CHSL. Therefore, it is important to know about Indian History so that aspirants can score good marks in the general awareness section.

An Overview of the Gupta Empire

Established by Sri Gupta circa 240 -280 CE, the Gupta Empire from circa 320-550 CE enveloped much of the Indian Subcontinent primarily through wars. The rapid decline of the Mauryan empire brought forth two dominant political powers namely, the Kushanas and the Satavahanas eventually giving way to the Gupta dynasty.

Under the Gupta rule, the northern part of India was integrated for approximately more than a century (c.335 CE-445 CE). Historically proven to be vassals of the Kushanas, the Guptas’ initial dominion encompassed Uttar Pradesh and Bihar while Prayag in Uttar Pradesh remained as their center of all important matters.

It was during the Gupta rule that many research and scientific experimentations were making a breakthrough, in addition to the progress in literature, astronomy, engineering, logic, culture, religion, and mathematics. During the Gupta rule, many

This golden era brought about some of the greatest achievements ever known as a hierarchy of administration, which meant a decentralized form of government with the King being the highest power, architecture was at its peak with the rock-cut workmanship of the monuments and temples, most of the Indian art and literary works that we see and know about were heavily influenced during the reign of the Guptas, not to mention the developments in the medical field - healthcare boomed, use of proper medications, vaccines, and surgical instruments was in.

While studying and carefully analyzing the Gupta period, it is essential to note that we have to depend on three different resources that can validate history namely -

These sources give us a solid and detailed version of the socio-economic accounts and achievements of the events that transpired throughout the golden era.

Rulers of The Gupta Empire -

Here is a list of all the prominent rulers of the Gupta empire.

Architectural Wonders from The Gupta Empire -

The evolution from the traditional rock-cut shrines brought about a deliberate structural stability embellished with scenes from Hindu mythology to life. The influence of Gupta architecture in modern society even now seems unequivocal.

Udayagiri in Madhya Pradesh authenticates a few cave shrines to the Gupta era. An exemplary work that celebrates Gupta architecture shows the incarnation of Vishnu as the boar-headed Varaha. Ajanta caves in the North-West Deccan show wall paintings and murals taken from Buddhist lore.

Of the 29 rock-cut caves, cave 19 shows a promising Gupta architectural technique with a cylindric veranda with a semi-circular construction above for airing. Later on, the Gupta dynasty gave away to structural, free-standing buildings and temples and appropriated embossed door frames, chiseled panels, and even T-shaped entrances

Gupta architecture highly regarded the square to be the most ideal shape, their point of reasoning being that a temple is to be appreciated from all sides.

Social Status Under the Reign of the Gupta Empire -

Under the Gupta rule, social status had undergone expeditious changes. One particular epigraph mentions “keeping the castes confined to their respective spheres of duty”, although that was not always the case as sometimes during wars, people from other skilled professions had to be a part of soldiering and vice versa.

Society was becoming more hierarchical and rigid in terms of structure. Certain social codes prevented the intermingling of castes and occupations. After the decline of the early Gupta empire, the migrants seized the properties of the former Kshatriyas and formed themselves into certain clans and castes.

The grade status of the people under the Gupta empire did not change. The higher caste still considered those of the lower caste to be impure. A certain lower society of people called the Chandalas was a notch different from the other prevalent lower sects.

The chandalas, upon entering the city gates or even the marketplace, used to make their presence known by striking a piece of wood, the action stating that everyone, especially those of the higher castes, is not in contact with them, otherwise polluting the area with their mere existence. The continuance of the impure castes spread out to the northeastern states by the decline of the Gupta empire and is even recorded by Al-Biruni, an Iranian scholar.

Religion Under the Gupta Empire -

Hindu civilization flourished under the Gupta empire, with Sanskrit literature becoming more prominent under the patronage of the rulers. Although Orthodox Hinduism was more prevalent, other religions like Buddhism and Jainism could co-exist quite peacefully.

The very essence of such coexistence allowed pilgrims like Fa-Xian to come to India, promoting religious harmony. After the gradual decline of Buddhism in India, Hinduism was reasserted into Brahmanism, wherein several Vedic traditions were mixed with the aboriginal gods. The Gupta ruler was regarded as the manifestation of Vishnu.

With the entry of immigrants, the caste system was propagated, leading to several new sects and more casteism. Brahmins were seen as the superior caste with regards to money, caste, and status. By the end of the 16th century, the denominations of Vishnu, Krishna, and Rama spread widely with the affirmation of the three being supreme gods.

The fall of the Gupta Empire accords to the weak administration and predominant invasions from the Huns after the reign of Skandagupta. The decline, which occurred around c.550 CE, degenerated into several regional kingdoms, which were then ruled by chieftains.