We fixed some issues to boost the overall user experience. Report Bugs!
Verify that You are not a Robot
Are you a Robot?
Generating Link... Please Wait
I am not a Robot
Home 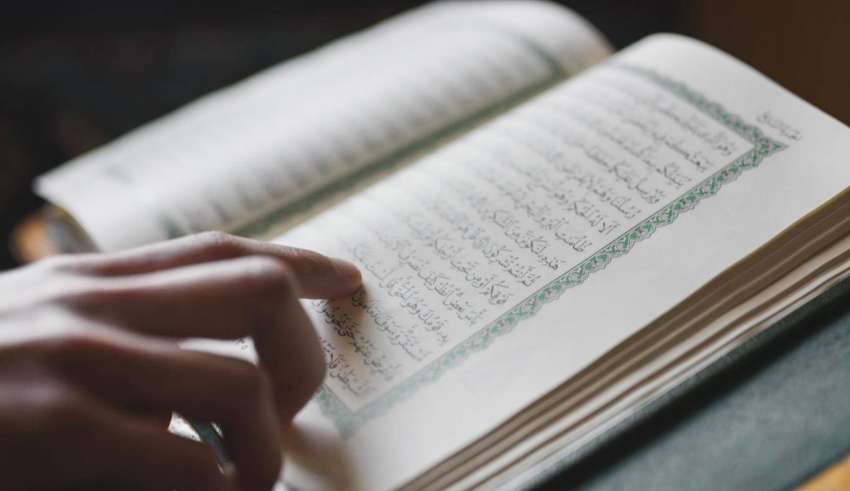 In the above mentioned Ayah, the Creator of the universe says that He is the One, Who is the Sole Author of this great form of Revelation and He will protect it. That is the miracle of Furqan e Hameed that even after 1400 years, there has not been alteration of a single letter or word in this Blessed Volume unlike previous religious books which have changed over the course of time.

Since, Allah SWT is Himself the Architect of these Saintly Instructions, therefore, its recitation requires adopting a great deal of Adab (Etiquettes) from us Muslims.

Ten Things To Keep In Mind While Reading The Holy Quran

There are rules and regulations for reading Holy Quran which are often forgotten. Ten things to keep in mind while Reading Quran.

Holy Quran is last and final of all the Holy books that were revealed over different Prophets. It was revealed on the heart of Prophet Muhammad (P.B.U.H) in 609 A.D by Angel Gabriel after which the never ending journey of Islam began.
The followers of the last and final scripture are called Muslims. None the less, it has teaching for all mankind. Not only Muslims but also Non-Muslims have been seeking guidance from the Holy Quran.
This is so because the last of all the Holy Scriptures is not entirely about worship but is somewhat of a guide book to the human body and the ways to interact with other humans or even animals.
However, there are rules and regulations for reading Holy Quran which are often forgotten. Therefore, let us revisit the guidelines which we are to keep in mind and practice when reading Quran.

1. Being In State Of Cleanliness And Wudu

Before handling this Sacrosanct Scripture, one must have maintained a condition of complete purity in terms of both clothes and Wudu (Ablution) which is the prerequisite of every religious action.
Indeed, it is a noble Qur’an. In a Register well-protected; None touch it except the purified. [Quran, 56: 77-79]
This Quranic verse emphasizes on the great honor of this Sacred Book which calls for showing tremendous amount of respect to it.
Note: There is exception to the rule of Wudu only when someone is not carrying Furqan e Hameed in its hands and reciting the Holy Verses from its own memory.

2. Beginning the recitation with Ta'awwudh:

Ta'awwudh is seeking protection in Allah from shaitan and is done so by reciting.
"A`ūdhu billāhi min ash-shaitāni r-rajīmi"
which is translated as
"I look for protection in Allah from shaitan, the accused one"
after which "Tasmiya" which is
"b-ismi-llāhi r-raḥmāni r-raḥīmi". Tasmiya is translated as "In the name of Allah who is most gracious, the most Merciful".
Ta'awwudh is necessary so that Shaitan does not deviate us from the path of light.

The verses of Quran were revealed to the humankind slowly and gradually. This was done so that people could get better understanding of the teachings of Quran.
Likewise, the Quran is to be read slowly and peacefully so that the reader gets to comprehend the teachings of Islam in a better way.
The Quran says:
"And those who disbelieve say, "Why was the Qur'an not revealed to him all at once?" Thus [it is] that We may strengthen thereby your heart. And We have spaced it distinctly." [Quran, 25: 32]

Quran has been revealed in Arabic which is a very complicated language. The slightest of change in pronunciation of an Arabic word gives rise to a completely different and out of context meaning.
Therefore, it is necessary that the reader is very cautious while pronouncing words of verses. It has to be ensured that the words are correctly pronounced.
"Or add to it, and recite the Qur'an with measured recitation." [Quran, 73: 4]

Quran is one of the biggest blessings bestowed upon Muslims. Hence, it is advised to be read in as beautiful tone as possible. After all, this would be portrayed as an act of valuing and cherishing the Holy Scripture.
"Allah has not permitted anything like He has permitted a Prophet to recite the Quran in a good voice." (Al-Bukhari and Muslim)

6. Isolating yourself during recitation

The verses of Quran hold very deep meaning. And, as mentioned before, the slightest of mistake in pronunciation leads to total change of meaning.
Hence, it is advised to cautiously and slowly. Also, isolating yourself during recitation helps you focus on the verses more clearly which enables you interpret meanings of verses more easily.

The verses of Quran have very deep meanings. Perhaps this justifies how only thirty chapters cover almost all topics regarding one's life and orders sent from Allah Almighty.
Every time Quran is read by the reader in detail, the reader interprets a different meaning after correlating different events and incidents. Therefore, the reader must ponder on verses to understand the depths of Quran.

8. Memorizing and practicing of Quran

Solely reading and understanding of Quran does not put an end to its obligations. It has to memorized by heart after being completely understood as then the "Qari" will have the Quran and it's orders in mind at all times which will help in practicing Quran in daily life more frequently.

Quran is not an ordinary book. It has been sent upon us by the Creator Himself. Therefore, it must be treated likewise.
It is hence compulsory that we handle Quran with great care, hold it with respect and affection and ensure that is not placed in a filthy place. It is to be placed at an elevated level in both the seating level and the heart of the Muslim.

10. Recitation of Quran on daily basis

Quran is a message from Allah to His Creation. Therefore, we should recite it and revise the teachings on daily basis. Not only will this help us gain Allah's mercy and eternal reward, but it will also make us better human beings as a whole.

Go to Link
Cookie Consent
We serve cookies on this site to analyze traffic, remember your preferences, and optimize your experience.
More Details
Oops!
It seems there is something wrong with your internet connection. Please connect to the internet and start browsing again.
AdBlock Detected!
It looks like you're using an ad blocker. That's okay. Who doesn't? Please work with us by disabling your ad blocker and let's create a sustainable web together. The revenue we earn by the advertisements is used to manage this website, we request you to whitelist our website in your adblocking plugin.
Thank you!