We fixed some issues to boost the overall user experience. Report Bugs!
Home
Know the History
On This Day

9th November 21 – What Happened Today In History? | On This Day 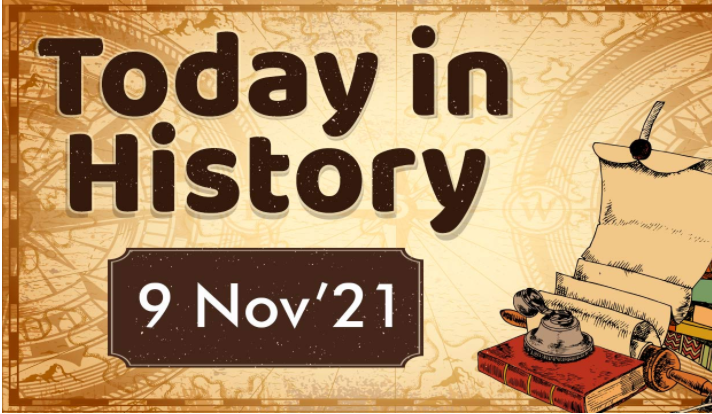 Find out what happened on the 9th of November in History. There are a lot many happenings which had taken place on this date in the pages of Indian History, here we have listed some of the very important events occur 9th of November

Nita Mukesh Ambani (born 1 November 1963 as Nita Dalal) is an Indian Philanthropist. She is the chairperson and founder of the Reliance Foundation, Dhirubhai Ambani International School and a non-executive director of Reliance Industries.

Anandaraj is an Indian Tamil film actor and politician. He has acted in villain roles in several Tamil films and has appeared in over a two hundred films in different languages including Tamil, Kannada, Telugu and Malayalam.Anandaraj made his Bollywood debut as the main antagonist in Action Jackson, starring Ajay Devgan and Sonakshi Sinha.

Jeethu Joseph (born 10 November 1972) is an Indian film director and screenwriter, who works in Malayalam cinema.He has also worked in a few Tamil and Hindi films. Jeethu made his directional debut with the 2007 police procedural film Detective and later went on to direct five successful films

Arjit Taneja is an Indian television actor and model. He is known for his roles as Purab Khanna in Kumkum Bhagya and Vivaan Kapoor in Kaleerein. In 2013, he participated in the reality show MTV Splitsvilla. Currently, Taneja is portraying Azaan Akhtar Mirza in Colors TV’s romantic drama Bahu Begum.

I have written and developed this site so that students may learn and understand easily. more..
#Know the History #On This Day #What Happened Today In History